Vinci is situated in the hills of Montalbano, a green area divided between the provinces of Pistoia, Prato and Florence. There are plenty of things to see in Vinci and many of them are related to Leonardo’s life. In the town centre is the Guidi castle, it contains the Leonardo museum and bears painted and sculpted coats of arms as well as a ceramic Madonna and Child by Giovanni della Robbia, made in 1523.

The Museo Leonardiano inside Guidi castle, which displays some of the inventions drawn in Leonardo’s notebooks. There are many ingenious machines and models created by Leonardo as a technologist and engineer.

The church of Santa Croce, built in the 13th century and later reworked in neo-Renaissance style, contains the baptismal font where it is said Leonardo da Vinci was baptised.

Piazza dei Guidi is a square designed by the artist Mimmo Paladino.

The sanctuary of Santissima Annunziata is located next to the castle of the Guidi counts. It was built at the beginning of the 17th century.

The Casa Natale di Leonardo (the birthplace of Leonardo da Vinci) is situated 1.9 miles outside Vinci, between Anchiano and Faltognano. It is a farmhouse immersed in greenery with some reproductions of Leonardo da Vinci’s drawings and there is also a life-sized hologram of Leonardo,.You can visit the house every day: March to October from 9:30am to 7:00pm. 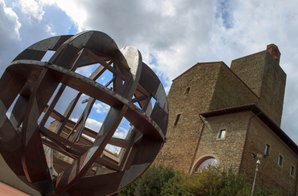 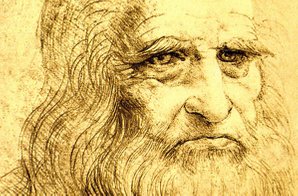 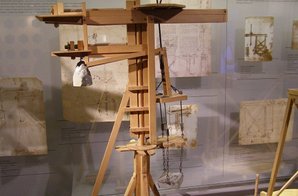 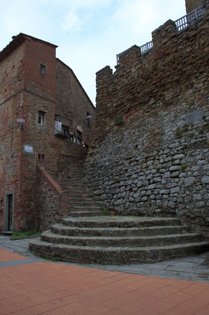