A town of artists 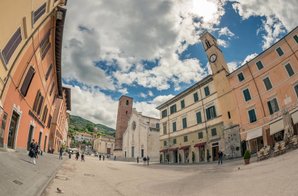 In the Versilia’s area, at about 3 kilometres from the coast and on the last foothills of the Apuan Alps, there is Pietrasanta a famous town for its arts and culture scene. Here many famous artists like Fernando Botero and the recently deceased Igor Mitoraj have decided to live and work.

Pietrasanta was established in 1255. It has a long-standing tradition of marble workers and numerous workshops, galleries and art exhibitions. Even the great Michelangelo came to Versilia in search of marble for its works. The historic centre is very elegant and has many things to offer. Apart from the historical monuments, there are many shops and restaurants.

Cathedral of St. Martin: The Duomo of Pietrasanta dates back to the year of the foundation of Pietrasanta (thirteenth century) and was enlarged in 1330 and again in 1387. The stunning three-sectioned façade is covered with white marble and a wonderful marble rose window of the fourteenth century. The 36 m-tall bell tower of red brick made in the late fifteenth and early sixteenth century, contrasts with the white marble façade and hides a real masterpiece: the extraordinary helicoidal staircase that runs vertically inside it.

Baptistery: It was originally a seventeenth century oratory dedicated to St. Hyacinth. It contains two baptismal fonts from 1385 and 1612.

Church of Saint Augustine, in Romanesque style, includes some remains of fourteenth to fifteenth century frescoes.

Palazzo Moroni: Situated in Piazza Duomo next to the monumental complex of Saint Augustine, Palazzo Moroni, with its characteristic double external staircase, and the austerity of classical decoration of the windows is one of most historically significant buildings in the city.

Column and Fountain of the Marzocco: Also called Colonna della Libertà, the Marzocco Column was made by Donato Benti in 1513 and is a symbol of the Medici’s power and rule in Pietrasanta.

The remains of the ancient fortress walls of the city are still visible: reach them by walking up the steep street until reaching the ancient Rocca di Sala, where you can have the best view of the urban plan of the historic centre. 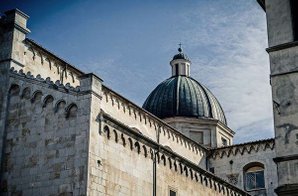 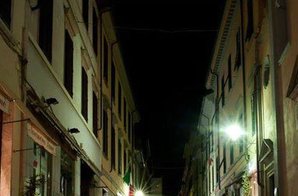 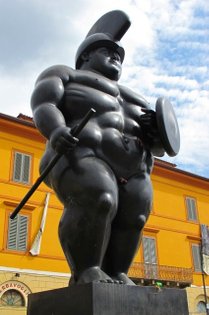